Constantly handling objections is a fact of sales life that’s every bit as unavoidable as it is uncomfortable. It’s inevitable — engaging in any kind of sales communication means running the risk of getting some grating, potentially overwhelming pushback.

Most salespeople are schooled on how to address common sales objections.

Points like, “We don’t have the budget for your product,” or, “Sorry, I have to cancel. I’ll get back to you with a better time,” have become so ingrained in sales practices and culture that they’re almost cliche. And there are several resources available to help you address them effectively. But every once and a while, a prospect will throw you a curveball that will put you on your heels.

At some point in your career, you’re going to get hit with an unusual sales objection — one that’s completely unprecedented and forces you to think on your feet.

We asked a few HubSpot sales reps to share their experience with unusual sales objections. Here are some of the best ones we received with some insight into how they handled them.

“The system’s font is too small, and your CRM should scroll horizontally instead of vertically.”

A HubSpot Sales Manager ran into this one a few years back. It’s a bizarrely nit-picky, head-scratching example. I love it because it seems like a sales objection that George Costanza from Seinfeld would raise. 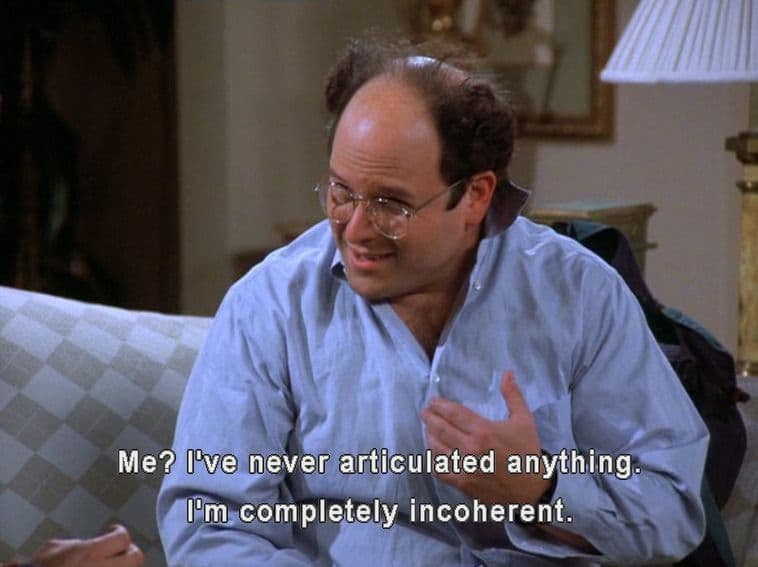 There’s a lot to unpack with this one. First and foremost, the font size you see in your browser is a setting you set through your browser. Secondly, there aren’t too many UX designers out there that put together platforms that scroll horizontally. So, based on those factors alone, our rep knew their prospect was a handful.

They had their work cut out for them.

Despite their prospect’s lack of understanding, the rep remained calm and looked to defuse the situation by politely framing the prospects’ concerns as what they actually were — problems that existed with technology well beyond HubSpot itself.

As they put it, “I handled them by asking if these were really the deciding factors on how to invest in software, and if that was the case, maybe they should reevaluate how they make business decisions. I pointed out that [the company’s concerns] weren’t HubSpot-specific issues — they were byproducts of computing in general.”

The way our rep handled this unusual sales objection speaks to the power of patience and compassion in sales. It would have been easy to be testy or patronizing with the prospect, but they kept calm and led with empathy. They conveyed the scope and specific nature of the issue without talking down to them.

“Your tools aren’t set up well to print our CRM contact records and deals.”

That’s an objection HubSpot Sales Manager, Mintis Hankerson, dealt with. She ran into this one when trying to sell HubSpot’s suite of Sales Professional tools. The prospect was interested enough in those resources to speak with her, but not exactly hip to the point or nature of HubSpot’s software.

They seemed to have a fundamental misunderstanding of how HubSpot — or any kind of cloud-based software solution — operates. 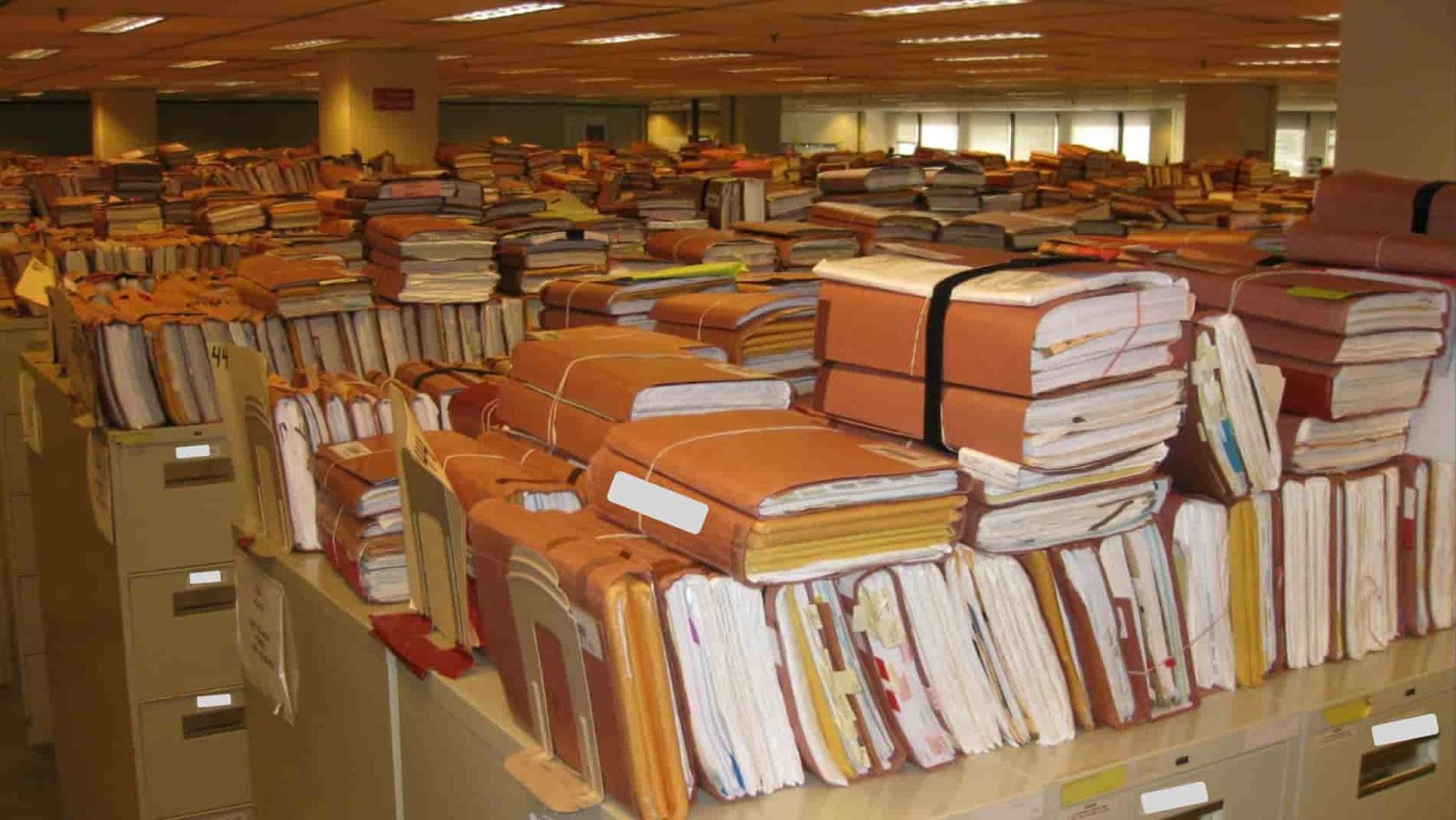 Mintis was patient and thoughtful while explaining that the point of a cloud-based CRM is to move past storing your records in file cabinets. She offered insight into the benefits and utility of transitioning to that kind of technology. She was empathetic in giving a push to think beyond their current arrangement.

This objection is a testament to the fact that some prospects might not understand the nature of your business or what they’re getting into. In these cases, it’s important to identify their pain points and explain how your product or service can solve their problems in ways they hadn’t considered.

“A website isn’t valuable to a company, and we don’t see the need in spending money to create anything elaborate.”

HubSpot Senior Account Channel Manager, Chris Moore, heard this one back in 2019. He called a company — an IT business, oddly enough — that had a single-page website.

It listed the company’s address and phone number with a few sentences about what the business did. And that was it — nothing beyond those bare-bones components.

Chris was facing an uphill battle with this one. Here he was, at the end of the 2010s, trying to sell marketing and sales software to a company that didn’t see value in having a website.

Chris overcame this objection by going back to what he refers to as “Sales 101.” Through his call, he probed into the business to understand what it was selling and who it was selling to. Over his conversation with the prospect, he wound up teasing out “a ton of really great things about their business.”

He took time to better understand the value of the company to explain how HubSpot’s tools could help it really take off. Chris identified its key pain points. He found out that the prospect took his call because their business hadn’t brought on a new client in three months.

At first, they were only interested in HubSpot’s sales-oriented software — nothing related to marketing. Over his call, Chris built a rapport with the prospect and made them realize the value of a carefully designed, well-maintained website. He offered real-world examples of how the prospect might have engaged with websites in their personal life.

As Chris puts it, “[The prospect] validated [that idea] based on personal experience — namely, how they had used online reviews to make some pivotal buying decisions in the past. They later agreed that their potential customers do the same thing when researching the products and services their company sells.”

Chris saw that point as an “aha” moment for the prospect, and things started to click. After some discussion on the potential ROI that could come with the right amount of effort spent on their online presence, they decided to move forward with HubSpot and even referred some of their colleagues as time went on.

Unusual sales objections are just that — unusual. Each one is unique by nature, so you can’t bank on any kind of definitive blueprint for approaching the ones you run into in the wild. That being said, there are some tactics and qualities that will help you handle them as they come.

Patience, empathy, and critical thinking are key to approaching these situations. Behind every unique objection is a unique pain point — one you have to identify and make sense of as best you can.

Once you understand the rationale behind your prospect’s potentially ridiculous concerns, remain calm and compassionate. And thoughtfully explain why your company can remedy their often-absurd troubles better than the competition.

The first wave of updates for Dynamics Business Central in 2020 is coming! Those in early access will get to test out a lot of these features starting February 1st. Public availability for all features will drop to users in April. Microsoft has released a pretty extensive set of webpages that detail each feature. Below you will find a list of the planned updates and upgrades along with a link to the explanation of each feature.

If you have any questions, would like to talk about ditching your expensive on-prem system and moving to Dynamics Business Central, or would just like to chat about options please don't hesitate to give us a call at 855.913.3228 or fill out our webform and someone will reach out to you within 1 business day!